“Eldorado is the best water I have had the privilege of drinking in my 53 years of life.” – Floyde

Find Out More About Our Water

The Facts About Fluoride

A Little Background on Fluoride

Fluoride—a compound derived from the element fluorine—is found naturally all around us in rocks, soil, water, and food. It is usually present in levels of approximately 0.3 parts per million (less than 1 milligram per liter).

Back in the early part of the 20th century, scientists linked higher levels of naturally occurring fluoride in drinking water with lower rates of tooth decay. It was discovered that fluoride bound to tooth enamel, making the tooth more resistant to decay and could even help repair previous damage. In 1945, Grand Rapids, Michigan became the first community in the world to add fluoride to its municipal water supply. This resulted in lower rates of cavities in area children, and water fluoridation spread rapidly to other communities.

More recently, researchers have begun to question how much fluoride is too much and what happens when safe levels are exceeded. Harvard scientists have found that their studies support the possibility that fluoride could be harmful above a certain level, and might be causing everything from tooth discoloration to weakening of the bones to problems with nerve and brains cells that may play a role in learning, memory, and cognition deficits.

What’s more, fluoridated water may not even be needed to fight tooth decay. Studies of countries that don’t fluoridate their water have shown significant drops in cavity levels as fluoridated toothpaste and other dental products have become readily available.

Eldorado spring water has no added fluoride. And while fluoride is, as noted above, a naturally occurring compound, it is found in our water at a level far below the recommended maximum. As you’ll see on our Water Analysis page, the MCL (maximum contaminant level) of fluoride is 4, and our water tests at just 0.16.

Research and debate around the issue of municipal water fluoridation continues and is likely to for some time. But, if you’ve come to your own conclusion and would like to minimize the amount of fluoride you and your family consume, our water is a great option. 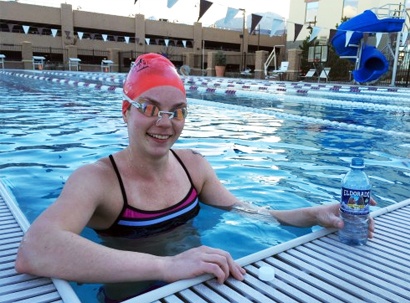 Eldorado Natural Spring Water can assist you in rebalancing your body pH level.

Our Water
Our Products
Our Services
Our Company
Resort & Pool